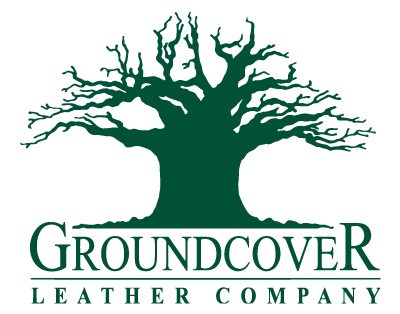 Groundcover Leather Company was founded in 1990 by Justin and Amanda McCarthy. A family business located on a farm in the KwaZulu-Natal Midlands of South Africa, Groundcover is the expression of a lifelong passion for leatherwork and a search for a meaningful livelihood.

From small beginnings we have grown into a sensibly sized, sustainable enterprise and have become well known as makers of original, finely handcrafted leather footwear and accessories.
Thanks to the quality of our product, the skills and dedication of our artisans, our old-fashioned customer service and our brand’s association with ‘goodness’ in every way, we have been able to thrive in the face of tough economic conditions and the worst effects of globalisation.

The single most important reason for our success has been the people who make up the Groundcover family. We have been working with one another for a very long time. Together we share vast experience and depth of skill, which, along with our small size, has allowed us to remain creative and innovative, and to master a variety of constructions and techniques for different types of footwear.

On the 2nd  of July 2010, Justin was tragically killed on his mountain bike while training for a bike trip to the Himalayas.  Don Tully, with a lifetime of experience in the leather industry, has taken over as the Manager.  He fitted into our ethos and way of thinking with ease, and now is a most valued member of the team.

Over the years we have developed a wide range of lasts to suit different constructions, fittings and trends. Together with our last makers, we spend a lot of time developing and testing our last model before tooling up all the different sizes and beginning the range building, designing and pattern cutting.

All our designs are original and have a distinct Groundcover style.

Our technical expert tapes over the last to produce a two-dimensional form, which becomes the standard from which the patterns are dissected.  We make up samples for evaluation and wear testing before committing the new style to the range.

The patterns are then manually graded in waxed board, using an old machine called a pentagraph. This process is rapidly being replaced by computers.

Cedric then hand-cuts the size range, to be made up as a final check before we commit the patterns to knife.

Once our knives have been made up for the new design, the manufacturing process starts with our clickers who know exactly where on the skin to place the knife to produce minimal waste as they cut the upper on the clicking press.

In the closing room, we mark, skive, glue and stitch the upper together. The toe puffs and heel stiffeners are attached and moulded, and the buckles, hooks, loops or eyelets fitted. The closed upper is now ready to go to the making room for lasting.

The uppers are then pulled over the last and cemented to the insole. This is a very delicate operation, requiring great care and attention so that the leather fits snugly over the last but does not stretch to tearing point.

After stitching the upper to the midsole and runner, we heat set the lasted shoe at 130°c to shrink the upper around the last and give it stand. We then move to the sole room, where the sole and runner are primed, allowing them to cure before bonding them together using a two-part glue, heat and pressure. The excess rubber is now trimmed off and the edges sanded to a fine finish

The completed shoe then goes to the shoe room for edge staining, polishing and a thorough quality control inspection, before being boxed and labelled.

Our primary shop and factory is situated on our farm in Currys Post in the beautiful Natal Midlands.

LEARN ABOUT THE GROUNDCOVER FARM

Our primary shop and factory is situated on our farm in Currys Post in the beautiful Natal Midlands. Our 100 year old shop is visited daily by people from around the world who come to admire the beautiful surroundings and see how our shoes are made

Just over a hundred years ago, while reading the Natal Witness, Dennis Westle Smith noticed an advertisement for mail order wood and iron houses. By appointment to the Queen, J.C.M. Joinery, of London, made easy to assemble house kits using German iron and North American Douglas fir, which they shipped in tight bundles throughout the British Empire.

Dennis placed an order with J.C.M., and thus began his house’s long journey, first by ship to Delagoa Bay and then by ox wagon to the Smiths’ homestead near Dronk Vlei (now Creighton).

Responding to an advert in the same newspaper a full century later, we decided to buy the old house from Brian Smith and turn it into our leather shop.The building was carefully dismantled and loaded on a truck, this time for the considerably shorter journey to our front lawn.

It took us nearly a year to scrape back generations of paint and reconstruct the house — we adapted the plan to suit its new function, but stayed true to the architectural style of farmsteads and trading stores of the time. Today, this historic building nestles contentedly in our magnificent gardens overlooking the Lions River valley, where it is admired by scores of visitors every day. 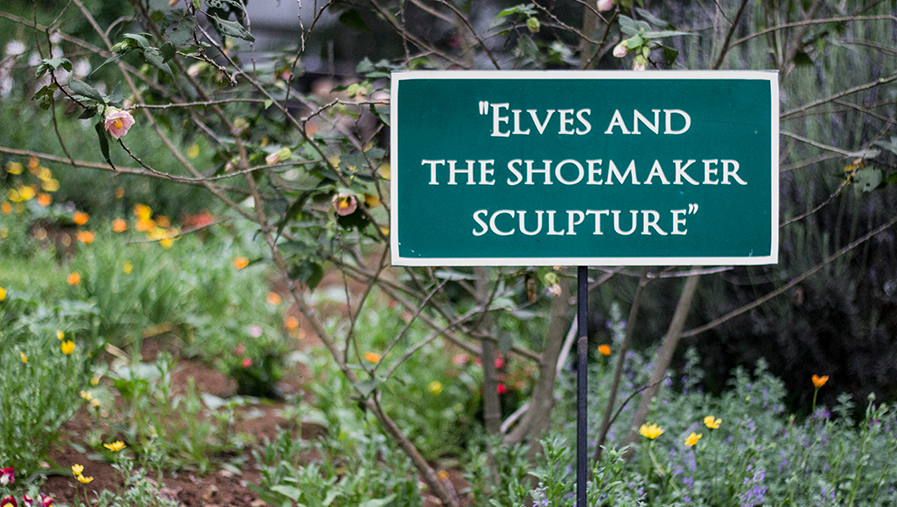 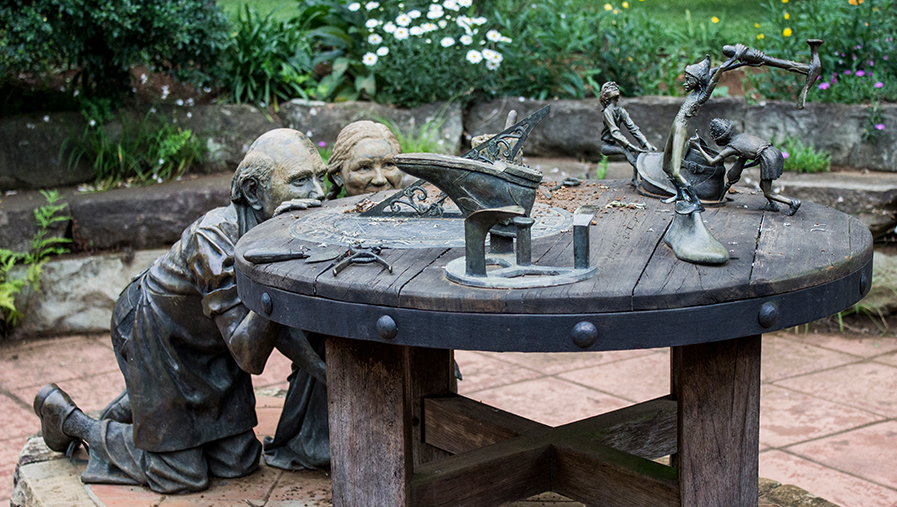 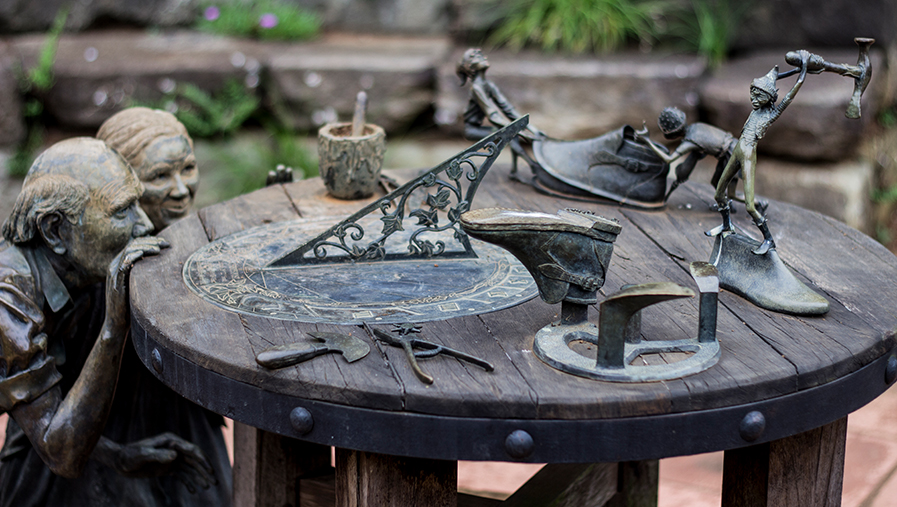 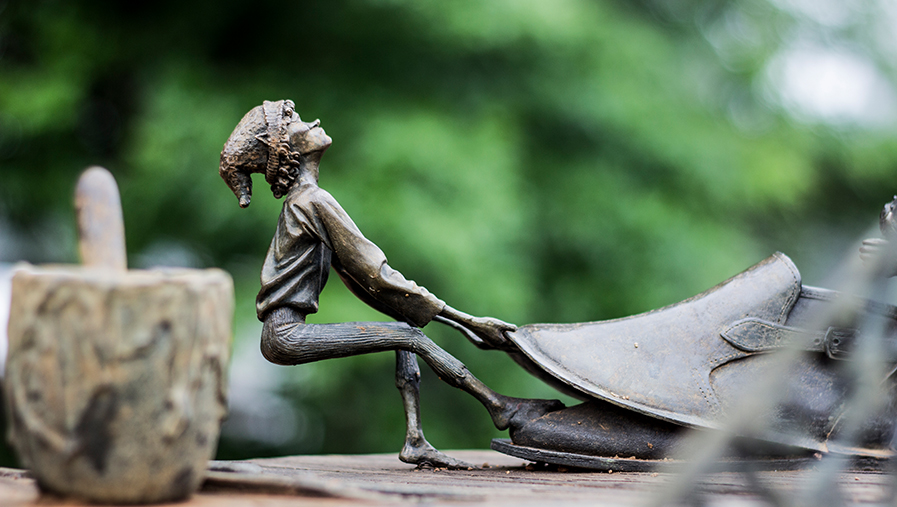 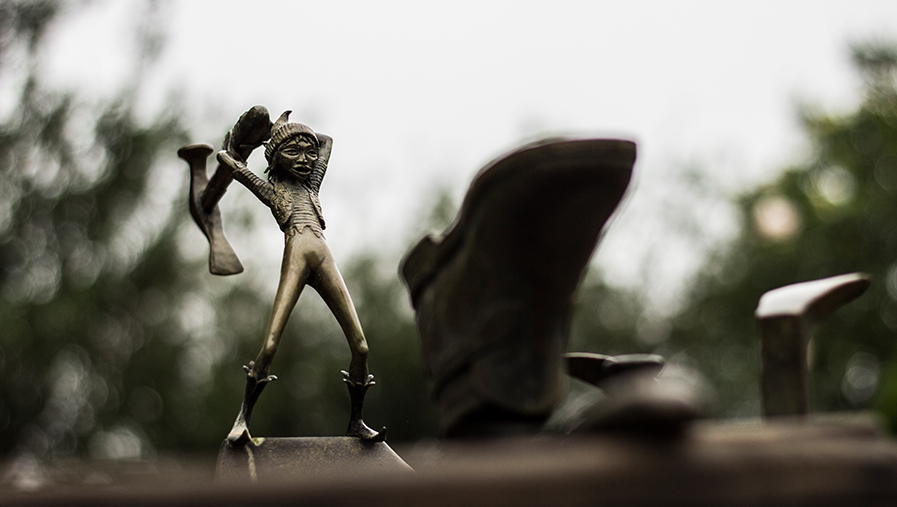 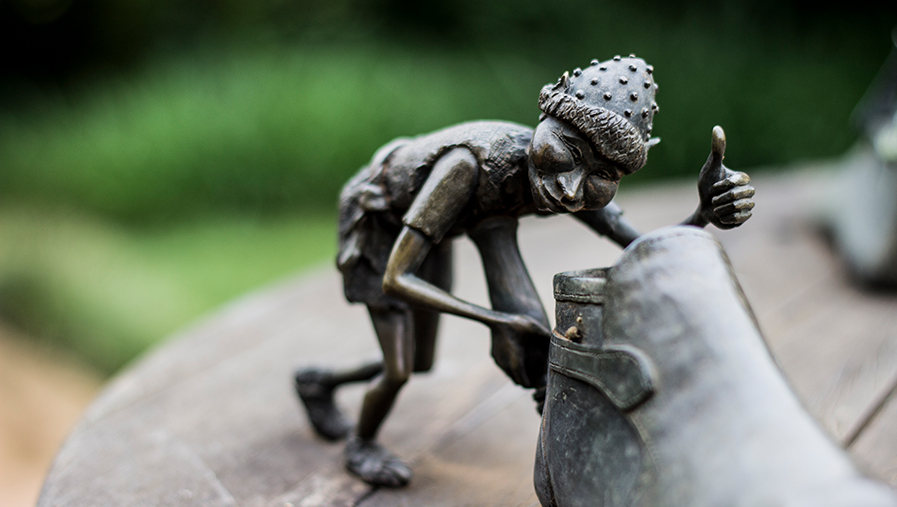 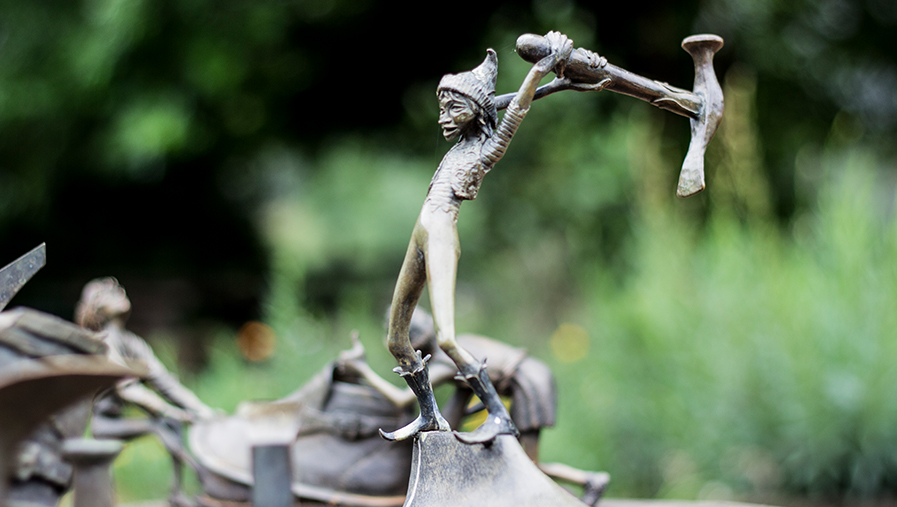 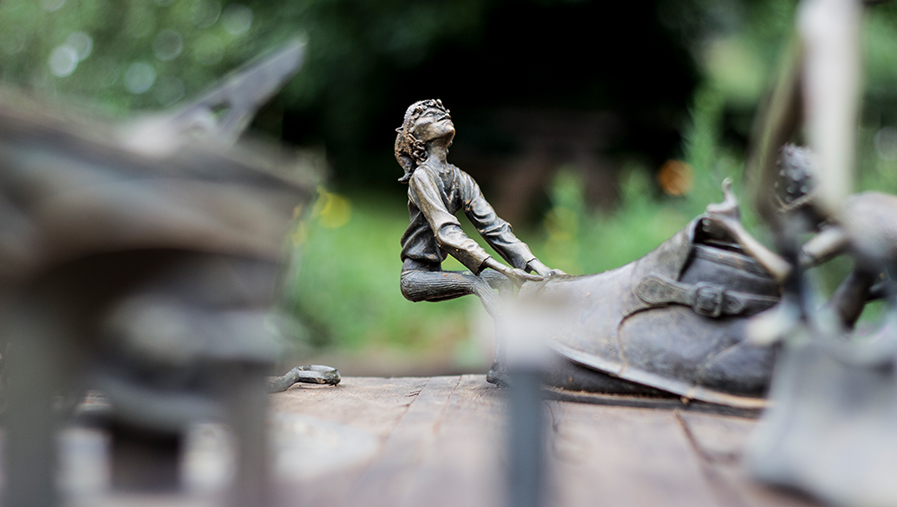 Once upon a time, a shoemaker and his wife lived in alittle house on the edge of a forest. They were very poor and grew poorer and poorer every day.

When the leather in his store was almost finished, the shoemaker said to his wife, “I will cut out one last pair of shoes this evening and will sew them and finish them tomorrow.”

To his surprise, when he went into his workshop the next morning he found a beautiful pair of shoes, all finished and ready to be sold! The shoes were so nicely made that they sold quickly at the market. With the money he made, the shoemaker bought enough leather for two pairs of shoes. That night he left the cut leather on his workbench, and the next morning he found two beautifully finished pairs of shoes. So he bought twice as much leather again, and the following
morning there were four pairs on the bench. This went on and on, until he became a rich shoemaker.

One day he said to his wife, “We must find out who is helping us make all our shoes.” That night, the shoemaker and his wife hid in his workshop and waited.

At the stroke of midnight, three poorly dressed little elves jumped in through the window. They skipped and danced up to the workbench, then sat down and happily began to make shoes. They worked their little tools so well and quickly that, in no time, they had finished all the work. Then they skipped and danced back out the window and were gone.

The shoemaker and his wife felt so grateful to the little elves that they wanted to give them something in return. So he made them three pairs of tiny shoes and she sewed three beautiful little coats to replace their tattered clothes.

That night, the shoemaker and his wife again hid and waited in the workshop. When, at midnight, the elves came hopping in, they were delighted to find their little gifts. They put on their new clothes and shoes, then skipped and danced like never before.

The shoemaker and his wife never saw the elves again, but their good fortune held out since that night, and they lived happily ever after.

Did you know that we have two other Groundcover shops?

LEARN ABOUT OUR OTHER SHOPS
Back to top